All ABOard the Orientation Express! 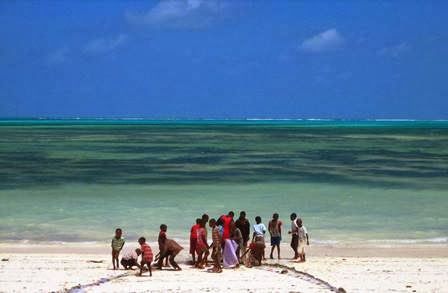 Christmas was…..just a tad different! No carols, no turkey and stuffing, no Quality Street chocolates, and no Queen’s speech!  Call me Scrooge but I found it to be a refreshing change and didn’t yearn for any of the things that I’ve just listed!  Ruth, however, did find herself missing the Christmas celebrations back home – although these longings were softened somewhat by the fact that, on Christmas Day, we were able to wander up and down the white sandy beaches of Zanzibar, gazing at the blues and greens of a very warm Indian Ocean! However, before you allow feelings of jealousy to take hold, consider some of the hazards associated with wallowing in such waters: two very black and blue toes due to a foot-stubbing incident on a lump of coral, and a night in hospital thanks to a bacterial infection picked up somewhere along the way!  I’m grateful for the fact that the bacteria waited until our return ferry journey, right at the end of our holiday - but not so grateful to the non-smiling doctor who put me through the most painful cannula insertion I have ever endured!  So – just a few of the highs and lows of our first Christmas in Africa!

Life at ABO: As I type we’re right in the middle of ABO (Africa Based Orientation), a three week course for new long-term members of AIM, held at Scott Christian University, Machakos, Kenya.  As the title
suggests, it’s a course that seeks to orientate and familiarise folks with life in Africa before they dive head-first into African living. You may remember that we should have been on this course back in July but, for various clotting reasons, we’re here now instead!  The first day was set aside for the 24 attendees to tell their story, under the title “Your journey to Africa”.  It was inspiring to hear of the various ways in which God can work in people’s lives; how He prompts, guides and nudges people, showing them how they can use the gifts and skills He has given them within an African context.  It struck me again that, despite the fact we’re all sinful human beings who’ve messed up and cracked up in the past, God chooses to use His children and, furthermore, asks them to partner with Him in what he is already doing in the world: “We have this treasure in jars of clay to show that this all-surpassing power is from God and not from us.” (2 Cor 4:7).

Some of these ‘clay jars’ at ABO include: a former semi-pro baseball player preparing to go to Congo with his young family to work amongst former child soldiers; a soil scientist in his early 60’s heading to Lesotho to work with the ‘Farming God’s Way’ project; an accountant from the Isle of Lewis off to work at a large orphanage in Uganda; a former university counsellor/therapist who wants to use his gifts to help missionaries who need a listening ear; a doctor seeking to use her medical skills in a location which is very hostile to Christianity; a music therapist from Brazil who’s going to live amongst a small tribe in the mountains of South Sudan; and a former wannabe millionaire who’s taking his family to a remote part of Madagascar.  And why is it that this varied bunch of people have left home and are preparing to head out into various parts of Africa?  Simples!  They believe that God wants them to preach, teach, heal, talk, farm, treat and form friendships amongst people here in Africa, many of whom still haven’t heard the life-giving message of Jesus Christ.  In short, they want to help in bringing about AIM’s strapline: to see “Christ-centred churches amongst all African peoples”.

I thought it would be good to give you a flavour of some of the topics we’re covering here at ABO. In our healthy living seminar we learnt about malaria and de-worming (humans not cattle!), and how to make an anti-cockroach paste!  We learnt that if you have a lot of scorpions where you live it’s a good idea to get some chickens - but that if you have chickens you may well attract snakes - and that if the swelling from a snake bite goes beyond a joint you should definitely seek help!! We’ve looked at the issue of transformational development amongst Africa’s poor and we spent some time pondering the big issues of security and safety, learning about the ‘many dangers, toils and snares’ that Africa seems to offer.  We learnt that here in Africa “the predicable is no longer your companion” but that, whilst there is more risk and danger here than in UK, there are still things that we can do to reduce those risks to a manageable level.  Having done all we possibly can to stay safe, we turn to Psalm 31 and hold on to these words: “I will trust in you O Lord; I will say that you are my God and my times are in your hands”!

One of the big subjects we’ve been focussing on is that of African culture & worldview: ‘Why do Africans do what they do and what are the core beliefs that bind African cultures together?’ Some of the issues we considered were: social structures, spiritual warfare and ancestor worship, traditions and initiation rites, marriage and polygamy, tribalism (still a huge issue), community living and the naming of children.  I hadn’t realised the latter could be so complex! Some babies are named at birth whilst others are named when their first teeth appear.  Some parents may even wait until the child begins to walk or talk, and in some rural communities where infant mortality is high, parents may delay naming the child until the age of five, by which time they figure the child will survive!  But then there’s the more complicated issue of what to name the child!  Which grandparent or long-distant ancestor should they be named after?  What time of the day were they born?  How were they feeling when the child was born, or what well-known names took their fancy at the time?!  I bumped into a guy in Iringa whose name was Panasonic and I’ve heard of a guy called Refrigerator – and even come across a Kenyan called Ronald Reagan!  You’ll also find some pretty weighty biblical names being used like Magdalene, Nicodemus and Mordecai.

Only in Africa!  On a recent visit to a supermarket here in Machakos I spotted a small pack of Roasted 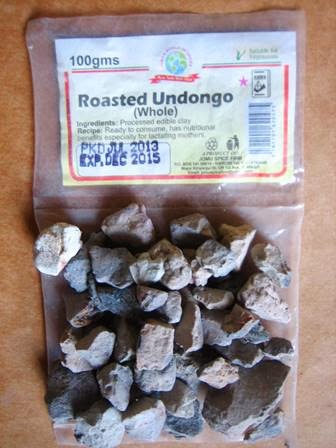 Undongo in the food section.  What intrigued me most about this exotic sounding ‘food’ was the fact that the contents appeared to be a selection of small stones! Low and behold, that’s exactly what they were!  In fact the word ‘undongo’ is the Swahili word for soil and the practice of eating soil and soft rock is apparently known as geophagia (how’s that for a top quiz question!?). The label listed the ingredient as ‘edible clay’ and stated that it would help relieve the symptoms of morning sickness and provide nutritional benefit for pregnant women!  Not quite your average ‘pick & mix’ then!

We hope to be in touch again sometime in March, but for now, thank you for reading, thank you for your prayers and support, and please feel free to get in touch – we appreciate hearing from folks back home and your letters and emails etc are always an encouragement to us.  Please note that we now have a new PO Box number.  All for now – God bless. 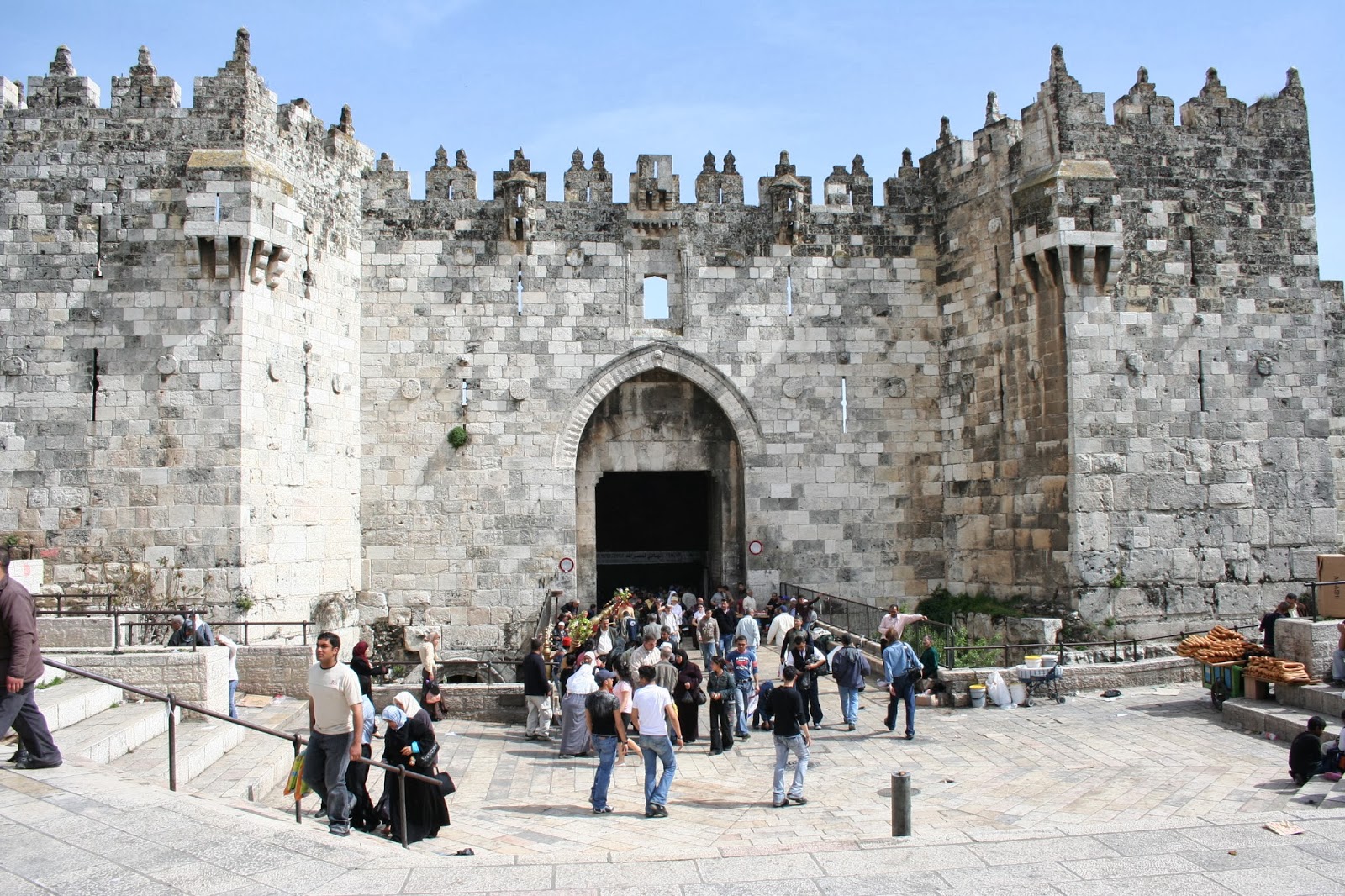 ISRAEL 2014: In coming to Tanzania I had thought that my Oak Hall involvement would be reduced to zero but it doesn’t seem to have put them off inviting me to lead another Israel trip! I’m chuffed to the gunnels because introducing people to the land of the Bible has become a passion of mine during the last six years.  So – if you haven’t booked your holiday for this year and fancy walking in the footsteps of so many biblical characters, have a look at the Oak Hall website and consider a trip to Israel – you won’t regret it!  The trip that I’ll be leading is IS30 1st – 10th October: www.oakhall.co.uk

Photos of the month


Posted by Steve and Ruth Lancaster at 17:26 No comments: 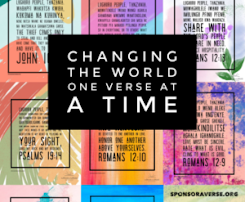