"Wake up and smell the coffee”!  It’s a phrase normally used to encourage someone to ‘get real’ about a situation but this morning it took on a more literal sense.  As I (Steve) sat down at my desk to scan the online news, a pesky mosquito managed to bite me four times!  And this one seemed to have it in for me, as it left extra-itchy bite marks!  The insecticide spray was quickly found and the hunt was on!  But in the process of moving my desk, the coffee cafetiere was knocked off and its contents splattered all over the tiled floor!  I guess I should be thankful we don’t have carpets here!  The wee beastie was eventually found and dispatched with determination – or is that ‘extermination’!?  Thus began my coffee-scented morning! 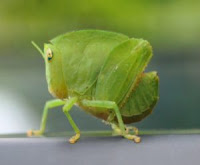 It’s the time of the year when insects of all shapes and sizes are plentiful and it can be a losing battle trying to keep them out of the house.  In addition to the insects, we also had to dispatch a small snake from the bathroom last week!  And this increase in creepy crawlies is all down to the fact that there’s been a humungous amount of rain here in Morogoro; so much so, that it even found its way into our kitchen through our roof!  The reddened dust has been dampened, the maize crops are reaching for the skies, the waterfalls are tumbling off the mountains behind us, and everywhere is a verdant green.  Temperatures are also dropping into the mid-20’s and some of the missionary folks can be heard uttering the words ‘It’s getting cold’ - hmmmm!

Conference season begins!  It’s also the time of the year when the IBM conference season is about to begin and yesterday marked a significant moment for me.  As you know, my main focus for the past three months has been the preparation of teaching material for this year’s pastors’ conferences - and yesterday, with a fair amount of relief and satisfaction, I was able to take my twelve teaching sessions to the printers! Actually, the relief was far more palpable than I expected it to be!  During the last sentence of translation with my language helper, as I pressed the ‘full-stop’ key on my laptop, I broke down and sobbed my eyes out!  Finally, it was ‘mission accomplished’!

I’ve been very conscious of people praying for me over these last few months, and am indebted to those who’ve been lifting this cause up to God.  During this time I’ve been praying a verse from the prayer of Moses in Psalm 90: “May the favour of the Lord rest upon us, and establish the work of our hands for us.”  In other words: “Lord, enable me in this process, and make my labours effective and enduring for your glory.”  And I’ve definitely felt blessed and strengthened during this time.  On a number of occasions, whilst lying in bed at night with strained eyes and an aching neck, I would pray that I would be strengthened beyond my natural self to continue the next day.  Low and behold, I was!  It was tangible, and I felt God at work through this process in a number of ways.  He also provided me with a wonderful translator to work with, who’s been such a blessing to me.  When the energy to move forwards has been flagging, he’s spurred me on, and together we’ve pondered God’s Word and chewed the spiritual cud!  So, a huge thank you to those who have prayed; I believe those prayers have been answered. 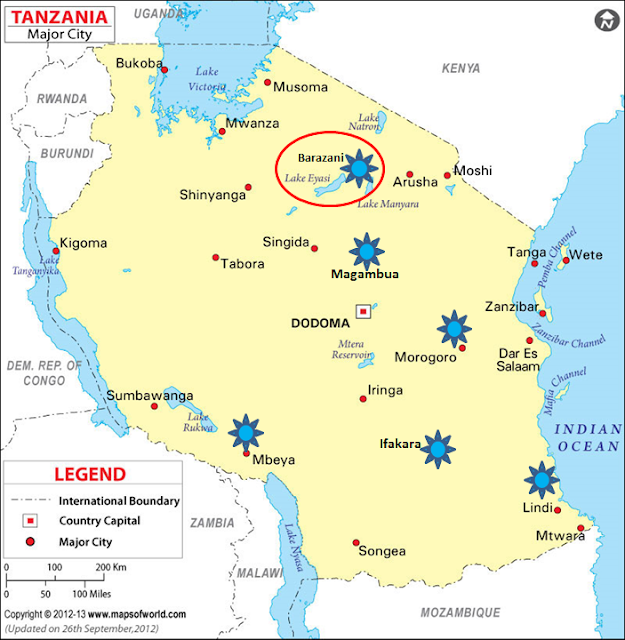 Our subject this year is: “show me a leader with moral integrity”, based on a book by a Tanzanian bishop. Amongst the things we’ll be focussing on are the following topics: a mini study of biblical leaders with integrity; the qualities of a leader with integrity; the example of Jesus; servant leadership; compassion in leadership; obedient leadership; and how we deal with temptations and conflict in the ministry.  With several recent negative reports concerning church leadership here in Tanzania, and with various church leadership elections around the corner, there’s a feeling that this is exactly the right topic for this year.

The first conference starts on Wednesday 3rd May, so I’ll be leaving home on Monday, to do battle with the roads, some of which will be rough and not-so-ready!  We’ll be based in a small town called Barazani in the north of the country and, as you’ll see from the map, it’s situated right at the top of Lake Eyasi in the Rift Valley, just below the Serengeti plateau and the Ngorongoro Crater.  Whilst I did visit Barazani seven years ago (when the lake was completely dry!), I haven’t been to the church where the conference will be held.  I’ve been told that “at least the church has a roof”, so it could be interesting!  The towns marked with a blue star are the locations of all the conferences that will be taking place over the next seven months. 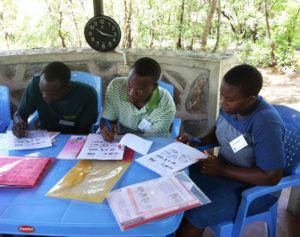 What’s Ruth been up to?  Ruth has been busy over the last couple of months with various projects.  An English course for beginners in March went well, despite having students with a wide range of abilities.  Part of her teaching included learning two worship songs, some simple prayers and memorising Psalm 117.  Two of her students, one a nominal Christian and the other a nominal Muslim, asked for Bibles at the end of the course, which Ruth was delighted to give them.  Pray that Monika and Thabiti will read their new Bibles and come to know the Lord.  The Retreat Centre has been fairly busy with different guests and groups.  We are running three courses at the Centre in May and June is fully booked with a couple of children’s camps and we’re looking forward to welcoming a work team from our home church, Corsham Baptist!  Ruth will also be attending a retreat for AIM ladies in May which is being held on the south coast of Tanzania.  In spite of her busy schedule Ruth is finding time to attend one of AICT Morogoro’s home groups on a Wednesday afternoon.  It means that she is getting to know various members of the church a little better and it’s good practice for her Swahili.  In fact, during the prayer time Ruth has been asked to pray on several occasions – which is rather daunting and out of her comfort zone! 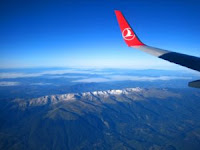 Stepping in the footsteps of Jesus – again! In early April, I was able to fit in a trip to Israel with Oak Hall. Flight timings and stopovers were not so friendly, but the privilege of showing people around this biblically significant land and treading in the footsteps of so many biblical characters, far outweighed the airport hang-abouts and blurry eyes!  Plus, the views from above weren’t too bad either!  Snow-covered mountains in Turkey, the Bosphorus Strait near Istanbul, the sprawling city of Cairo, the meandering Nile, the horn of East Africa, and the infamous city of Mogadishu!  The tour itself went very well, and it was great to see the guests taking in the sights and having their ‘wow’ moments as we opened our Bibles to reflect on events that happened over 2000 years ago and yet still have such an impact today.  We stayed in Jerusalem, Galilee, and Bethlehem and packed in as much as we could in the time available.

On one of our mornings in Jerusalem we visited the south end of the Temple Mount and looked up at the steps leading to the Huldah Gates, through which many a biblical pilgrim would have entered on their way up into the Temple area.  We imagined the early church congregation meeting under Solomon’s Portico, just above the gates, and we read about Jesus and his disciples entering the Temple.  Apparently, so too did the astronaut Neil Armstrong!  When he visited Israel sometime after his trip to the moon, he was taken to these gates (now blocked up) by an Israeli archaeologist.  Armstrong asked whether Jesus might have stepped anywhere around there and the archaeologist replied: “Well, being as Jesus was a Jew and these are the steps that lead to the Temple, he must have walked up them many times”.  Armstrong then asked whether the steps they were standing on were the original steps, and the archaeologist confirmed they were.  Armstrong, who was a devout Christian, pondered for a while and then said this: “I find that I am more excited stepping on these stones than I was when I stepped on the moon.”  Whilst I can’t make the same comparison with standing on the moon, I can certainly appreciate his excitement and I guess that’s one of the reasons why I never tire of visiting this fascinating land.

We’ve included some diary dates below, and would be grateful for your prayers as we enter a busy conference period.  Please pray that God would move in the lives of the pastors and evangelists, and that He would enable me to teach well, with a Swahili that is beyond my natural ability!!  Please pray that we’d also experience good health and safety as we travel.  And join with us in thanksgiving for the fact that our conference budget has been met for this year with a generous donation, and for the progress that continues to happen at Sanga Sanga.  Many thanks!

Dates for the Diary: 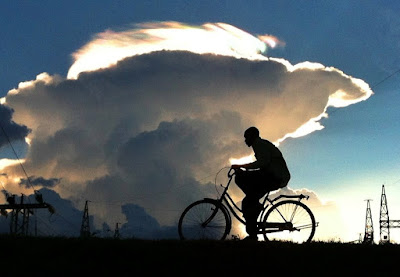 Posted by Steve and Ruth Lancaster at 19:58 5 comments: