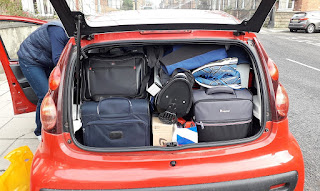 It seems more than five weeks ago that we packed up our stuff and headed back here to Tanzania.  I’d been given the all-clear by the surgeon and was able to return with a new nose!  The operation went well and my sinuses were well and truly scrubbed up and scraped out!  As we touched down in Dar another delight awaited us!  In fact, we wondered whether we’d arrived in the right country!  We left Dar back in March from a rather grotty airport and arrived back at a brand new terminal building!  And this time, it was great to see all our luggage trundling around the gleaming new carousel!  It was also a bit of a surprise to have no issues at Immigration, so the system obviously acknowledged the recent renewal of our permits. 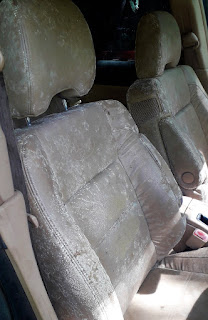 As forecast in the last newsletter, the cars were indeed a lengthy job!  Peeling back the tarpaulins revealed that the insides of the cars were covered in a thick layer of mould!  In an effort to protect the outside of the cars, the insides had certainly suffered, so much so that we had to take the seats out to give them a thorough cleansing!  Rotting fuel (?!) also added to a fuel-filter issue and, although the engine compartments hadn’t become a nesting place for termites, rats or snakes, we did find a couple of rather large spiders hiding in there, one of which is still lurking somewhere amongst the spark plugs!  Thankfully, the house was in good condition and it didn’t take us long to get settled in.

On our return to Sanga Sanga, it was good to see the conference hall being used for a pastors’ conference and to hear that all but one scheduled seminar had taken place during the year.  It was also encouraging to see the AIC using the facilities for a children’s camp.  Thanks to our sending church, Corsham Baptist, it was great to see a new accommodation block rising out of the bush!  And, as a tree lover, it was fantastic to see that the team had been busy planting lots of trees and shrubs around the site. 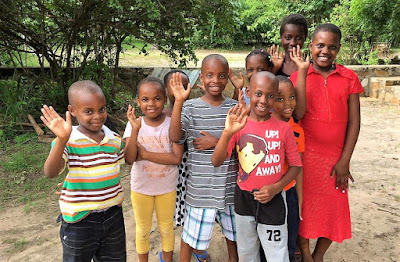 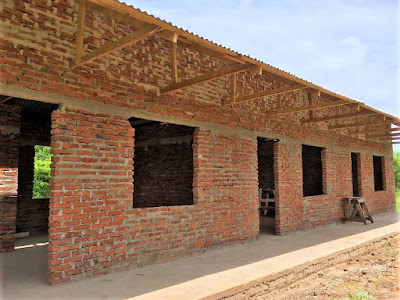 Since our return Ruth has been spending hours with her head in the cash books, sorting out vouchers and receipts from the last eight months and playing the detective in trying to work out what came from which budget etc!  It’s consumed her every waking thought (and some night-time thoughts as well!) but headway is being made slowly.  My efforts have been focussed more on unit leadership matters, which has meant more time behind the mouldy steering wheel as I visited various missionaries in the unit.
“It’s beginning to look a lot like Christmas everywhere you go”?!
As I wandered the aisles of a supermarket in Dar the other day, this was one of many Christmas songs being played.  It all seemed a bit surreal and disconnected from life outside.  In fact, here in Morogoro, there are only a few small shops that are remotely Christmassy and it’s rather ironic that those shops belong to Muslims!  I pondered some of the words of these so-called Christmas classics and wondered what Tanzanians make of them.  After all, reindeers and sleigh bells, mulled wine and mince pies, snowy Christmas-card scenes and Santa, carolling and Christmas cake don’t quite fit into an African culture!  Thankfully, there’s more to Christmas than some of these western traditions! 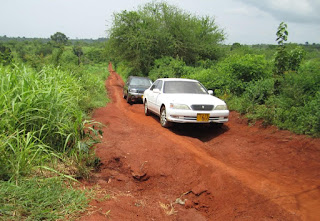 The situation I found myself in 24 hours earlier was even further removed from the title of that song!  As part of my role as unit leader, I was visiting a team of AIM missionaries out in the bush who are living amongst an unreached Muslim people group - and it certainly didn’t feel anything like Christmas there!  The rutted red-mudded ‘road’ was a bit of a challenge for the Subaru but it led me to a village of mud huts and mud-bricked houses.  The heat was intense, the cicadas buzzed in the trees, and a family sat on the ground under some trees, whilst bare-bottomed toddlers toddled around!  One of the recent buildings is a small school which was built by an AIC church and the team.  Providing education has definitely been a gateway for the gospel here, where teaching the Bible is part of the curriculum.  Twenty five children have made it through the first year of education and there are some encouraging tales of the gospel rubbing off on some of these little ones.

You might remember a rather different Christmas song released back in 1984 (35 years ago!) which contained the words “Do they know it’s Christmas time at all?”  Well, here in this off-the-beaten-track Tanzanian village, they definitely do!  They’ve heard the real Christmas message, without having to wade through wrapping paper and tinsel to hear about Jesus.  Thanks to this team, this group of people has heard the real and relevant message of God’s son “putting on skin” and descending into humanity for the most dramatic and sacrificial rescue mission of all time!  As you pray for people around you this Christmas who don’t yet know Christ, please also spare a prayer for this team and the villagers they’re trying to reach with the gospel. 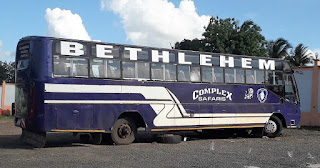 Christmas will be different for us this year as we’re heading to Uganda to spend some time with our former team-mates, Tony & Cath Swanson.  At some point during those festivities we’re also hoping to catch a glimpse of the elusive Shoebill, which I realise might not mean much to many of you, or even be top of your Christmas wish list, but it’s one of those ‘must see’ birds in the African birding world!  For those trying to picture it, just think of a large bird with a shoe-like bill!  Soon after New Year, we’ll be heading to the cooler climes of Nairobi for unit leader meetings.  So all in all, a festive period that will involve quite a bit of travel, some of it for pleasure and some for ministry.

As we close up a memorable year, we’d like to take the opportunity to thank those of you who support us prayerfully and financially.  We couldn’t do our work here in Tanzania without you – so many, many thanks to you all.  Whatever you’re up to for Christmas and New Year, have a truly blessed time!  “May the God of hope fill you with all joy and peace as you trust in Him, so that you may overflow with hope by the power of the Holy Spirit.” (Rom 15:13). 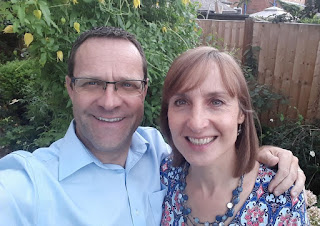 Bird of the month:

Posted by Steve and Ruth Lancaster at 15:26 3 comments: